We often told you that our project was followed by the 4 classes of CM1 and CM2 (8-10 y.o) of the School St. Joan of Arc in Mouvaux in the North of France. This time, after dozens of emails, 4 postcards, skype calls, a flight in balloon offered by the parents, we met them for real! Between emotion and laughter, our 2 days were well filled. I tell you!

Just arrived at the school we were greeted by the applause of the children!!! First contact, first smiles, first emotions!!! 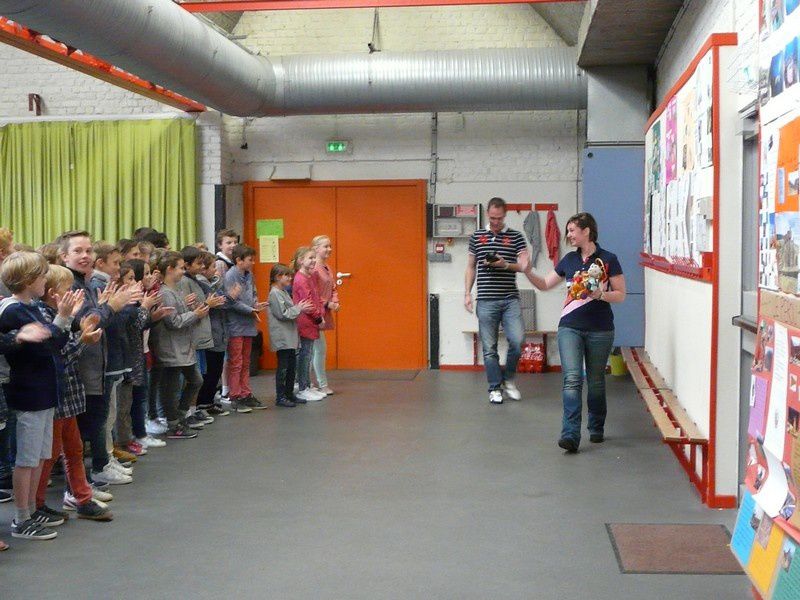 After the presentations, Pascal, the CM1 teacher with whom we had the most contact during these two years, showed us the presentations made by children on the countries we passed through.... And of course, for illustrations our little darlings chose our pictures!!! Wow, we are stars!!! Well done!!! Congratulations kids!!! 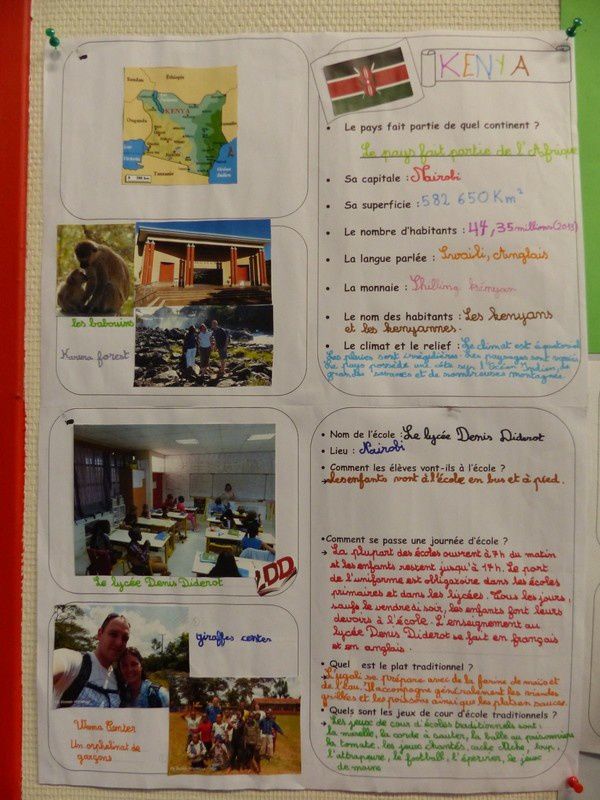 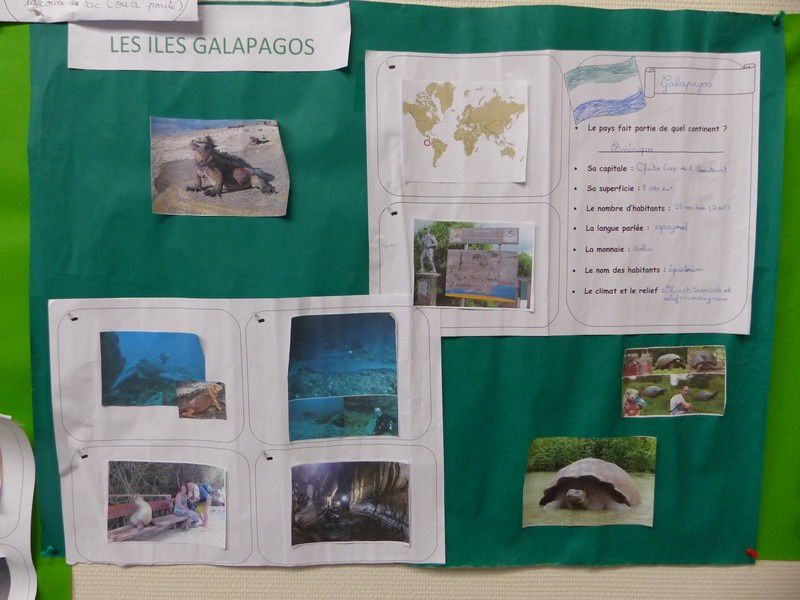 Then came the first questions. Which animal do you prefer? Were you afraid? Flo how did you feel when Romain asked you in marriage? (Wow, super serious question ;-) !!!) Questions from every directions, Pomme Pidou from hand to hand and we had lots of fun. Children also offered a nice picture frame with texts that had been written last year! A new decoration for our next flat! Romain then showed the children how to make chocolate ... from cocoa beans that had been specially brought from Costa Rica !! Unfortunately, with a temperature from 10 degrees below the one in Costa Rica, we didn’t get the same chocolate paste…. but everyone was able to crush the beans and taste cocoa with no sugar !!! Meanwhile, with the rest of the kids we watched the videos of our world tour and I showed them a few objects brought back from around the world: Tanaka from Myanmar, stone from a mine in Potosi, Bolivia, volcanic rock from Chile, sulfur from Indonesia .... What a pleasure to share our discoveries! This time, it is our turn to make some gifts. Bracelets straight from Mexico. A little too big for some but all found their happiness !!! 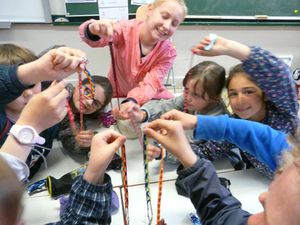 Time flies, but we spend some time in the yard playing the “killer game” ... Again, between a little confused detectives and quick killers we had a lot of fun. The evening and the next morning we met some parents who congratulated us for this great project!! But it is rather our role to tell them thank you for joining us and supporting us during these 2 years. We used from the presence of some mothers to make them taste a Cambodian specialty: "Molitors" ... more commonly known as the "meal worms." Without hesitation, a courageous mom started ... followed by all children !!! Congrats, they were not even scared! CM2 gave us a doll that they made themselves as part of a vaccination project with Unicef. We brought them some magnets from Australia! Again a lot of smiles on their faces (and ours)!

But two days go too fast, it is already time to say goodbye ... but not before having made the famous "grimaces pictures"! Here, our adventure of two years ended in beauty ... well actually no, it does not end! It was a first conclusion, but there will be others ... Because our library of games is not over, either our movies ... and our other projects even less !!! So stay tuned, we will give you more news soon! Thanks you School Sainte Marie 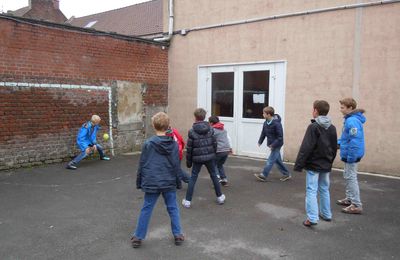 First partnership with a school