After these few days in La Paz, we were impatient to arrive at Titicaca Lake. This lake is the biggest of South America and is also the highest lake with boat traffic. It is 3814 metres above sea level.

In the middle of the lake are many islands. We visited only one, one of the most famous: Isla del Sol or the sun island… cradle of the Inca civilization.

Incas lived in South America from the XIIIth century AC. They were conquered by the Spanish in 1532. This mythical and mystical civilization let many vestiges behind her that we can still see today.

The sun island is important to understand the Incas because the legend tells us that the Incas were born from Manco Capac and Mama Ocllo, children of Viracocha, the God of Creation. They would have been created from the Titicaca Lake and after they would have built Cusco, the center of the world (Cusco means “belly button” in Quechua, the language of the Incas). So, with all this legendary background, we visited the island. If you forget the many places where you have to pay a right to go, we really enjoyed our stay there.

In the North we discovered the Chincana ruins. Again, the legend says that the sun appeared at this specific place behind a sacred rock with the shape of a puma (venerated by the Incas) called “Titi Khar’Ka… which gave the name of the lake! 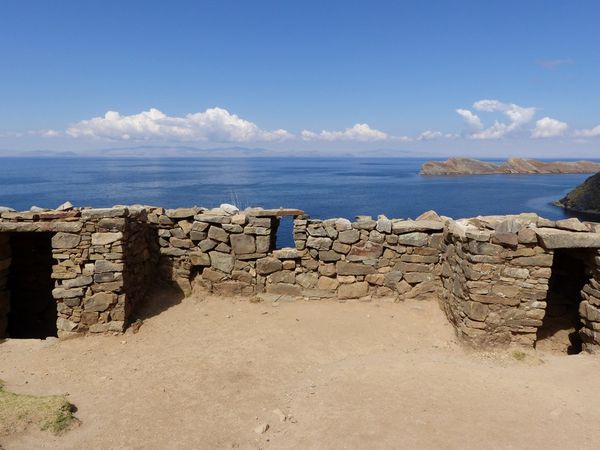 While walking on the island we could see many terraces used for farming and a beautiful view of the lake.

We then crossed the island from North to South (15km) by following the old Inca trail made with big rocks.

It was really nice to spend some time there and discover the Inca legend. First because it is supposed to be the “cradle” of the Inca civilization and second because there are only few tourists on the islands. Most of travellers visit the lake from the Peruvian side. 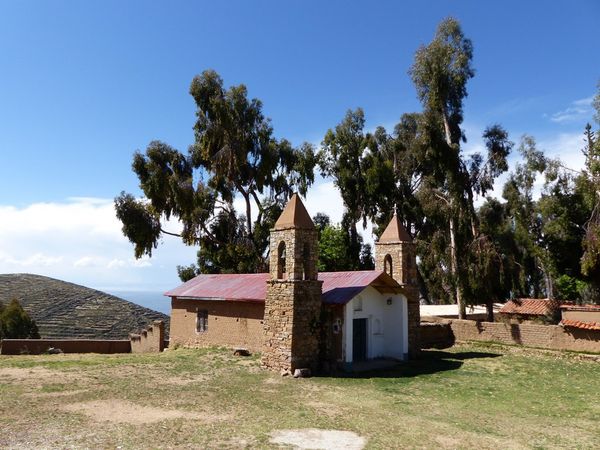 Now we are taking a night bus to go to Peru, in Cusco… We can’t wait to visit the city, the sacred valley and to trek up to the Machu Picchu… 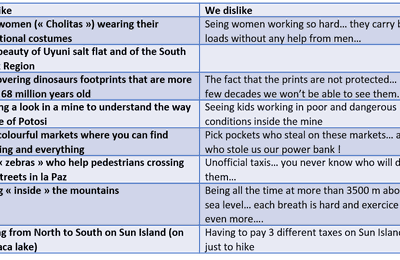 Sucre and Torotoro : Welcome in Jurassic World !
La Paz : Games and Walks !!!
Bolivia : The conclusion
Comment on this post